We knew it would rain today.  We had hoped for fine weather but I took solace in the fact that the albergue still said it would be OK for us to cross the mountains via the “hospitals” route.  This stage is sometimes referred to as the king of the stages.  It’s majestic and wild and isolated.  It’s one of the most scenic stages of all the Ways to Santiago. It passes through high, uninhabited areas with exposure to unpredictable weather.  This stage shouldn’t be taken lightly and we needed to be well equipped with water and supplies, and with the right equipment for rain and cold.

We set off at first light.  The first 12 kilometres were pretty much all up.  A few flattish parts and a few brutally steep sections.  At first the sky was grey and we were shrouded in mist but it was still pleasant walking but then the mist closed in more and cold rain blew across the path.  We seemed to switch from full rain gear to relaxed rain gear but always there was the mist. 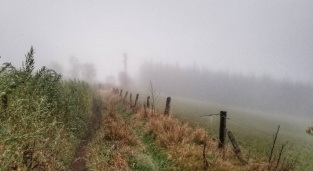 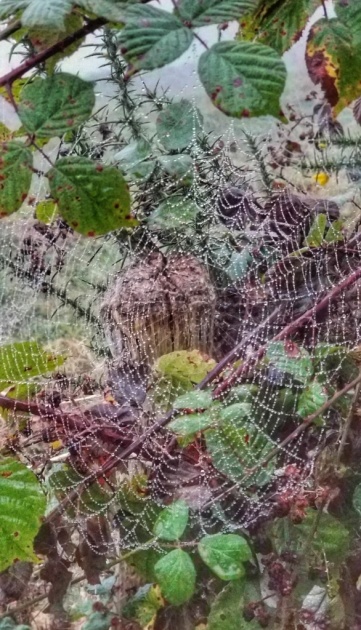 The path is very well marked, sometimes soft grass and soft peat like soil but sometimes hard uneven rocks or a loose shale like surface.  However it never stayed the same for long so it didn’t seem to matter that we couldn’t see through the mist because our eyes never left the trail.

Occasionally the mist did clear and we could make just make out the path ahead.  Sometimes it was obvious that we were walking along a ridge and other times the fog was so thick we had no idea what was around us.

Slowly slowly we made our way to the top.  We tried to stop a few times for food and drink but it was too damp and cold. 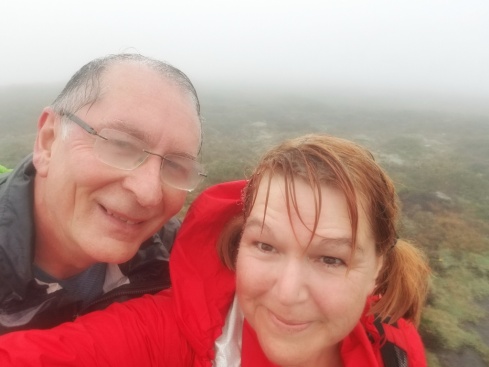 Of course what goes up must go down and so the steep downhill started.   At first it was ridiculously steep on wet sticky peat and slippery rocks but then it softened a little.  On and on we went down then up and then skirting around the road.

We reached a small hamlet and thought about eating our sandwiches but we were joined by a huge hound who just looked at us wanting food… We decided it was too damp to sit on the grass and maybe the old dog should go home to a nice fire!

We reached a village but there were no services, just a huge hill to climb to get back on the trail.  As we descended lower the clouds lifted and patches of blue sky appeared and for the first time today we felt sun warming us.  On we walked on softer terrain until finally rooftops and life and at last a bar. 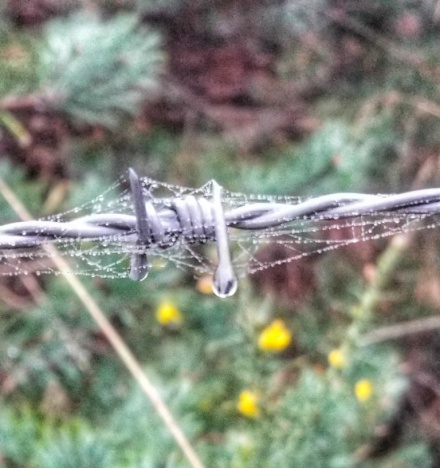 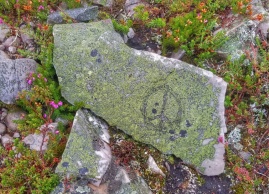 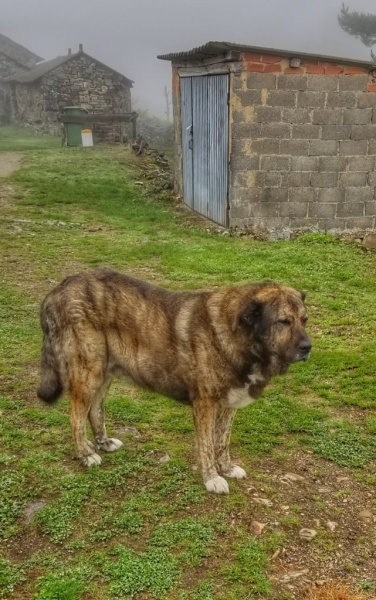 We’d walked over 26 kilometres on some of the toughest terrain I’ve ever walked so far.  But crazy people that we are, after stopping to eat and drink we decided we wanted more.  We had booked a bed 5 kilometers further on.  So we put our shoes back on and set off once more.  We thought it would be easier terrain but of course not and the first kilometre was more up.  But then it levelled and finally we dropped out onto a road for a gentle downhill on tarmac.

Finally nine and a half hours after setting out and having walked over 31 kilometres we arrived.  Our four Spanish Pilgrim friends clapped us in and high fived us on the steps of the albergue.  We arrived at the same time as our Swedish walking pals and we all laughed and hugged.  What an effort.  We genuinely feel quite chuffed with that walk.

Best of all, I had booked a private room by mistake so we have the hottest of showers and the softest of beds.  We’ve eaten a feast for dinner and all our laundry has been washed and dried.

Tomorrow is shorter but it’s a beast of a downhill.  I hope my knees can stand it!  But for tonight I’m just happy to be here.

And the title of the blog… They were the three words from the square at the top of the mountain… We laughed when we read them… I wasn’t chafed but I can’t speak for Gerry.  (if you don’t have What Three Words app download it… It might one day save your bacon). 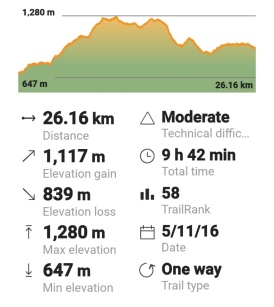 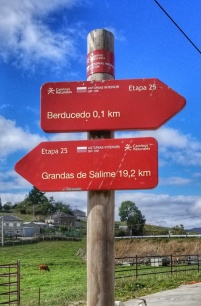 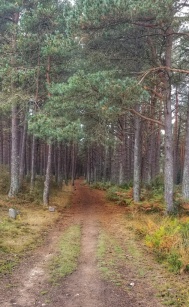 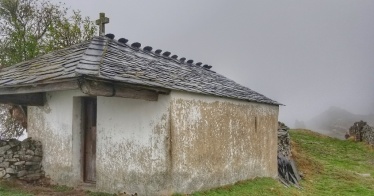 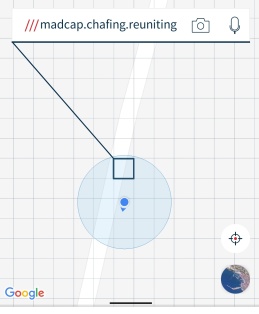 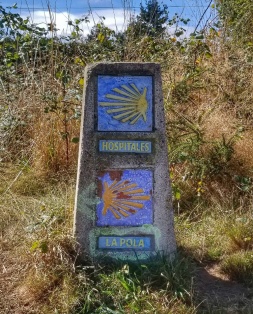 This video shows the route we took… Without the mist!  Just watching it showing how far we walked and the terrain is awesome! Well done us!