Yesterday we had planned to stop at around 24km but there were no rooms at the inn so we had to walk on.   Even in the centre of Villavante the albergue was full but we had heard of another option just outside town.

A converted and renovated Mill…  So we headed off in the hope that they would have space.  Lucky pilgrims that we were there was no one else there… Or we were the first. We were greeted by Mercedes and her husband as if we were old friends.   She ushered us in and made us cold drinks and snacks whilst she prepared our rooms.

This is not an albergue but for 45 euros we had drinks and snacks,  a beautiful twin room with fabulous hot showers,  our laundry was washed and dried,  and they cooked a fabulous dinner of predominantly produce from their garden.   It also included a wonderful breakfast with toast and the best blackberry jam I think I have ever tasted.   If you are ever in the area I strongly recommend a stay at Moulin Golouche (?)  not sure of the spelling but it is on TripAdvisor…  One of the nicest places we’ve stayed!

I also met up again with Rita and Max…  The Australian couple who shared my dorm with Moose!   We had fun reminiscing… They also warned me Moose is behind us now as he stayed an extra day in Leon. 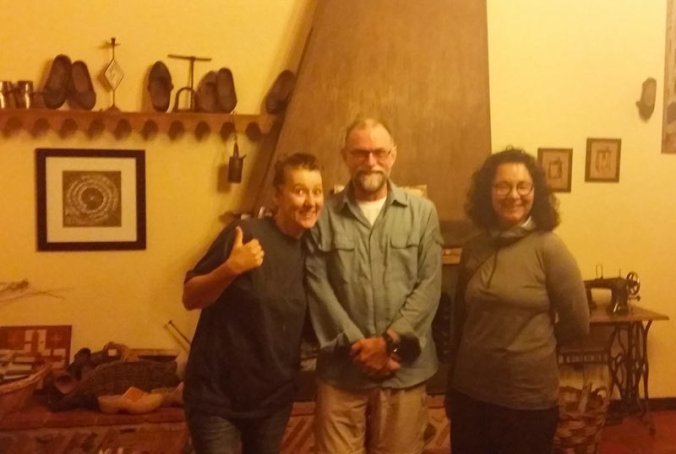 Of course nothing for us is simple and so it went that Teresa woke in the night to the sound of running water.   Our bathroom taps had been turned on full !   It was also odd that although I kept turning off the bathroom light… Every time we went back in the light was on.   And even though breakfast was at 7.30 we woke at 6.00 due to the loud scratching noises coming from the wardrobe!   There was of course nothing there when we looked.

Regardless of things that went bump in the night we loved this place and we were sorry to wave goodbye in the morning.  Even sorrier when we saw the sky and the rain!  Today was a poncho day… Do you reckon my poncho resembles a pantomime horse? 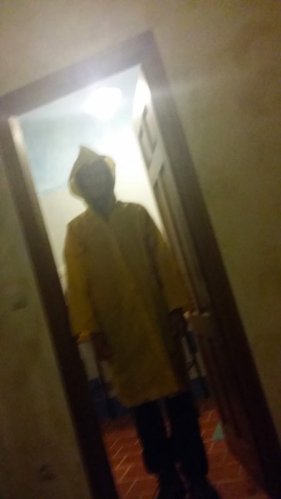 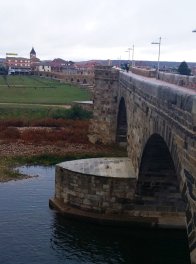 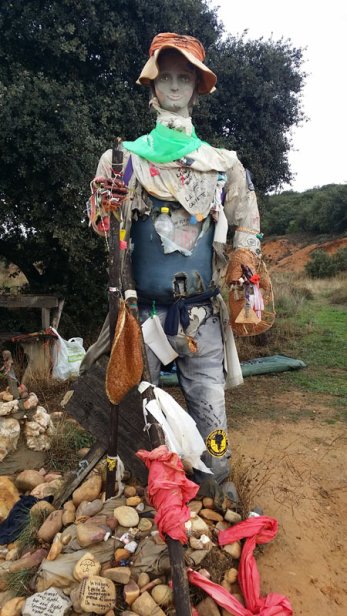 We eventually landed at around 3.00 pm.  Astorga is not at all what I was expecting… We did a tour of the cathedral and the museum before grabbing a bit to eat in the wine and tapas bar… Although as usual we went with the pilgrims meal.   We’ve noticed more and more that prices are rising.   Pilgrims meal started at 10 euro and is now 14… I guess the closer we get to Santiago the more expensive it gets. 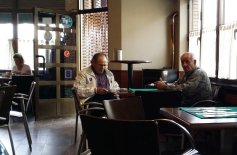 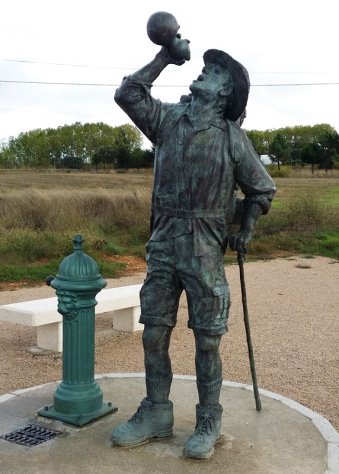 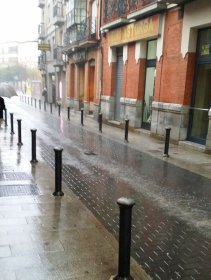 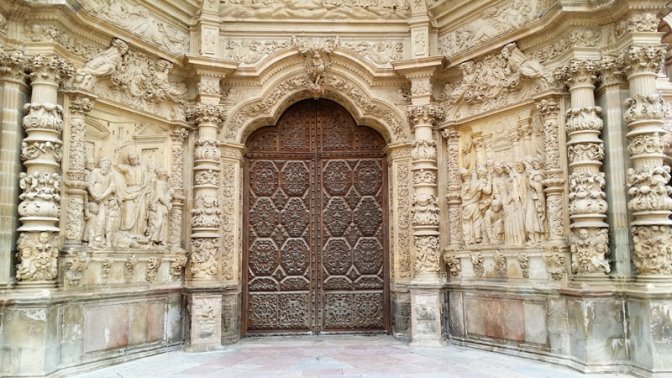 Tomorrow we’re climbing all day… Heading upwards towards the highest points of the camino… And I just bought a sleeping bag so my pack is now 800g heavier!  And the man at the cathedral told us that there is more rain tomorrow…  And maybe the next day… And Sunday!

P.s…  We’re leaving later now we’re back in the hills and it’s cooler.   We left earlier before because it was so hot in the mesata and we just wanted to finish before 2.00 pm…  It was hard to believe at times that it was October!  We reckon now if we leave around 7.30 ish the sky is light enough for us…  So worry not folks we’ll be sensible xx