Last night we had a lovely dinner in Lugo with our Swedish chums.  It was Kjell’s birthday on the 7th and Ger’s today so it felt appropriate.  We found a restaurant in the old town near the cathedral and tucked into enormous steaks washed down with a fine rioja… A fine time indeed!  After this feast we wandered back to the albergue listening to a band playing behind the cathedral; Lugo was in party mode but we were off to bed!

We had breakfast in the albergue before heading out of town.  Gosh it was cold this morning… We both layered up for the first half hour!  It was misty but as the sun rose the mist dispersed.

We criss-crossed other pilgrims all morning, sadly walking mainly on tarmac with occasional diversion into the woods.

We had a second breakfast at 11:00 which later we were horrified to realise that neither of us remembered paying for… However we did wave cheerio before we left and the barman wished us a buen camino so we hope this means we had!

The grey lifted and the sky turned blue and it was good to feel the sun.  We made good time today.  The path was pretty easy compared to what we’ve been following and the Galician countryside feels so familiar.  The kilometers dropped away… 100…95…87…and so on until we reached our destination with only 72 kilometers left to Santiago.

We both decided that whilst today had been pleasant it wasn’t really a match for the mountain days… We’ve been spoilt by those views.  But it was nice enough and we tried to think what song would fit our mood.  Earlier I’d been humming Sunny Afternoon by the Kinks.  We played it and sang along for a while and I changed the lyrics to

I gotta big fat blister trying to break me

And I love to live so pleasantly

Live this life of luxury

Lazing on a sunny afternoon

… Because Gerry has a blister on his heel which has been bothersome today.

But as we walked along hand in hand I tried to think of another song… I know there was one about walking hand in hand with my love…. Finally it came to me.  Neil Sedaka… A blast from the past.  Brittannia Music Club LP that I had when I was about 15.  It wasn’t raining but we played it and sang along loudly in the chorus.  It was perfect..

We arrived around 15:30 after walking around 27. 5 km.  It was a nice day, made better for walking hand in hand with the birthday boy! 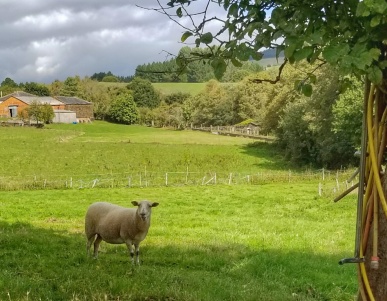 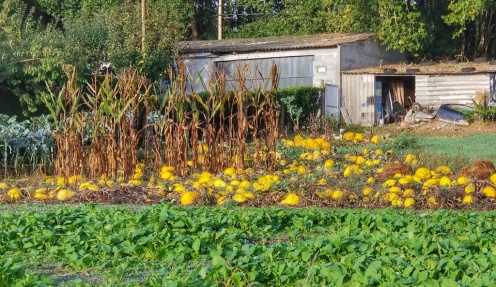 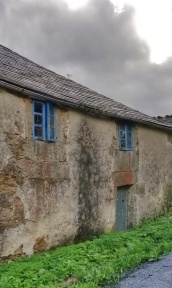