Last nights accommodation was OK but I think we’d been spoilt by Miguelin!  We did however have a really wonderful pilgrims menu in town before retiring.  All our gang seemed to have walked on so there weren’t many familiar faces, but we hope we’ll catch up by Lugo.

We set the alarm for early as we wanted to be on the road at first light, which for us was 8:05.  It seems that we are still in the mist belt. I have to say I’m getting a bit bored with the grey now and I’m hoping it blows away soon.

As we walked away from town the path levelled and we were walking on soft short grass.  Oh it was a nice feeling to not be hacking up and down hills.  We soon forget the mist and I started humming… The song for the day was perhaps Easy (Like a Sunday morning)… But that didn’t last long because then the hill started.  10 kilometers of up… Some gentle and some steep but crikey that easy Sunday morning feeling was slipping away fast.  The mist thickened and rain started so out came our coats.  Gosh this is a hard walk and I am feeling quite tired today. 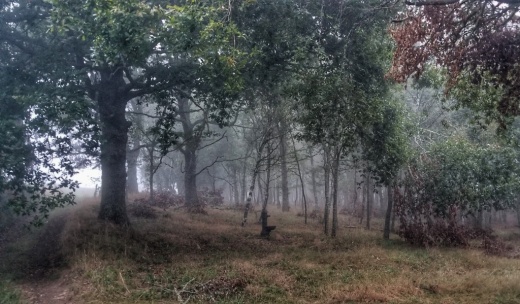 We had set ourselves a target of 12 kilometres in 3 hours.  We knew it was going to be a long climb so we felt this was a fair challenge.  As it happened we reached the alto 20 minutes ahead of schedule and we found ourselves walking out of Asturias and into Galicia.  We started on the coast about 250 kilometers ago and now we were getting close to the end… Only 154 left to go now. 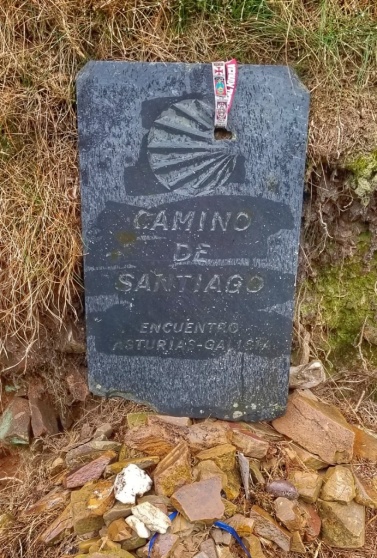 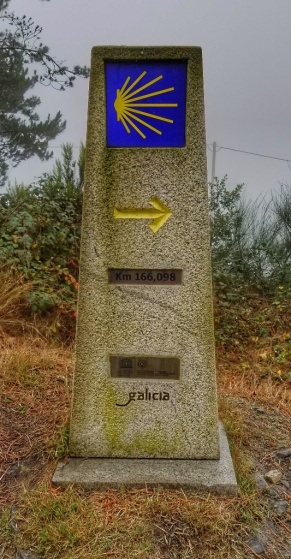 No sooner had we stumbled into Galicia (in thick fog and rain) than we found the first bar of the day.  It was a strange little bar with an eclectic mix of photos and bottles and stuff covering the walls but it was warm, music was playing and he had coffee and tapas… Happy happy pilgrims.

We sat and ate and drank and listened to this… A French man from Paris arrived as we were leaving and a young American sat alone on the only other table… It was quite surreal but quite perfect too!

Refreshed and warmed we packed up and moved on.  Only 14km to go now.  The rain eased and we discovered that our coats have pit zips… We’ve had these coats since 2016 and only just discovered this!  So we unzipped and let the air cool our armpits.  Eventually though the coats came off and we were treated to a touch of blue sky and the occasional view!

Most of today we’ve walked within forested tracks.  Autumn has arrived and we’ve been mushroom hunting; it brought back memories of Ashclyst forest and walks with the kids when they were small.  It kept us entertained for an hour and the kilometres ticked down.

The weather has definitely improved as have the views again!  And for the most part we were walking on less hilly terrain.  6 kilometers along we found our second stop of the day.  We downed cokes and a free sample of stew before changing shoes and heading off for our last six kilometers.

Some wicked soul decided to build Fonsagrada high on a big hill.  From the bar the path dropped away only to go up again at the end.  Oooh my legs are tired but at least we have sun and blue sky and distant mountains to keep us going.

We made it… We’re in an Albergue but have our own mini apartment.  A lovely twin bedroom (our bed last night was tiny and with just one long pillow between us!). We have a separate little lounge, a great big bathroom and we even have 2 TVs and a pot-plant!  Sadly no kettle which is a great shame as I could murder a cup of tea right now.

Gerry has found us another highly rated restaurant for this evening, the washing’s done, the fitbit says 26km and one of my toe nails popped off!!! All in all a perfectly normal day on the camino! 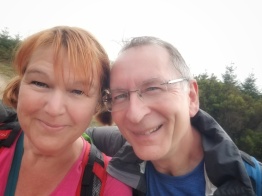 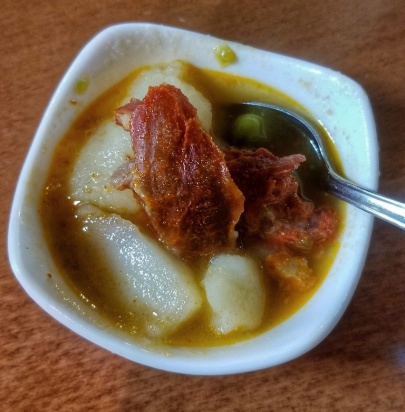 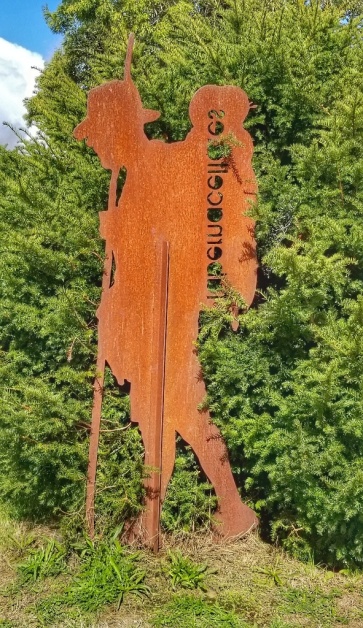