I guess most of you know I sing in a couple of bands; we mainly sing at weddings and corporate events across France.  One band is a Rock/Pop guitar band and the other is a Vintage/Retro singing trio.

This year we’ve had a dreadful season with three close family funerals, one wedding rained off mid ceremony due to horrendous storms, and yesterday we had to cancel as I’d been taken into hospital.

I felt a bit under the weather on Thursday… with some pains in the chest.  I’ve had this before  (or so I  thought)… Costochondritis which is inflammation of the cartilage that joins your ribs to your breastbone.

It still felt painful on Friday and by the evening I was in a a great deal of pain.  In the early hours Gerry called the doctor and I ended up in an Ambulance on my way to A&E.  It  transpires that I actually had a bacterial lung infection with some pleural effusion?!  It’s high summer in SW France so hardly the weather for chest infections?  And I’ve had no cold, no cough and no symptoms… except pain… there was lots of pain!

I’m home now with lots of medication and strict instructions for no walking for a week… he said no singing too but I pleaded with him as I have bookings for Wednesday, Thursday, Friday and Saturday… so he said OK but take it easy.

So… training is suspended until the 16th August! 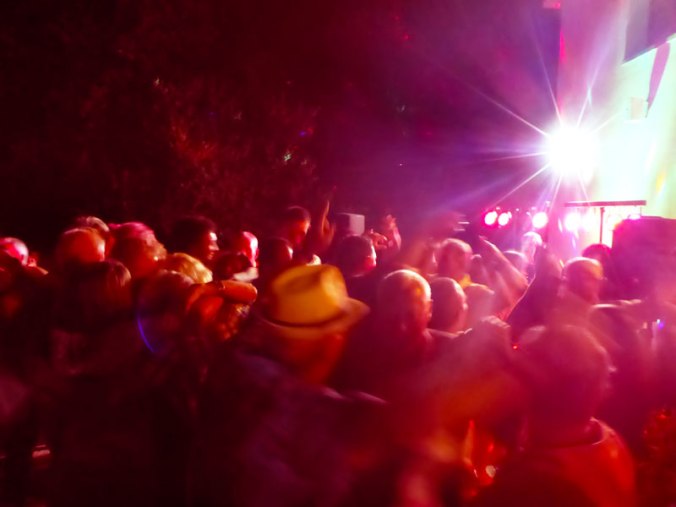