Oh how I loved my room last night.  Super hot shower and super soft bed and… And!  Heating! What a difference it makes to cold and tired pilgrims.

I met Sheila for breakfast at 8.00ish and enjoyed eggs and mushrooms and hot tea and fresh peaches.  I had a second helping of the peaches… And the tea!

Refreshed we pondered what to do.  We are ahead of schedule and we think we’ve decided that, given the amount of rain, walking the spiritual Variente maybe isn’t a good idea… So we have lots of time.  Sheila is doing well but I worry about the accumulative effect of walking day after day with a pack so was happy when she suggested a reasonably short day.  We could also arrive in time to do laundry.

Today’s stage passes one of the highest alto’s on this stretch of the camino: Alto da Portela Grande de Labruja.  It’s not a mountain but after an initial gradual climb, the last few kilometers certainly get the blood pumping.

It was raining as we left, crossing the magnificent medieval bridge, it’s a shame we never had time to explore as Ponte de Lima is said to be the oldest town in Portugal.  But if I needed an excuse to return… This could be it!

We left the road and walked along the trail for a little while until we encountered a problem that would become a recurring theme for today… Where was the path?  The river had burst its banks and the trail was under a foot of water.  There was nothing for it but to go back to the road. Thank heavens for GPS!  We followed the road into a village where we could double back and return to the camino.

On we walked and the path rose.  It reminded me a little of the roads before O Cebreiro.  It may have been wet but it was very pretty.  And thankfully the rain eased and we could remove our coats.

We passed the Spanish couple, who like us walked in the dark yesterday.  They shared a few walnuts and we exchanged greetings before walking on.

We had hoped to find a bar before the climb but as we’re coming to expect they were all closed.  I was even more thankful for my breakfast and two cups of tea now. 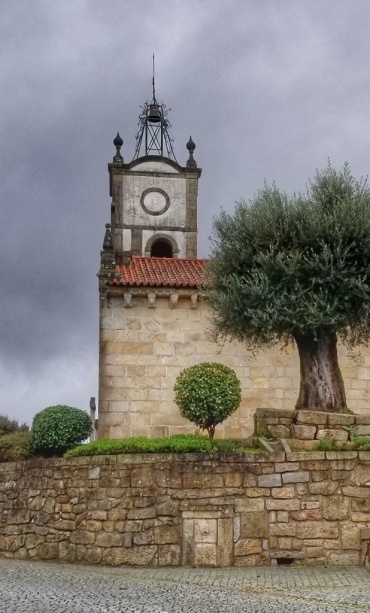 Again the arrows took us off the road and after a short climb, the path flattened and we were back to searching for the highest (driest) part of the trail.  In places we could see how the river had burst its banks and even the huge stepping stones placed to help with river crossings were under water.  Storm Sebastian certainly brought a huge amount of rain with him this week!

On we walked and up we went.  At times the path became water falls… In steep places the water just tumbled down.  Thankfully the stone is granite and it didn’t feel too slippery.  I’m still feeling strong from the mountains on the Primitivo but for Sheila the trail was definitely packing a punch, made even harder by the amount of water.

We reached a cross piled high with memorabilia.  Nicnaks and photos and treasures from all corners of the globe.  Photos of loved ones no longer alive, wishes and prayers for those still fighting.  I find these places so full of sadness but I’m still compelled to look at the faces and read the stories and linger a while before pulling myself back to the path. 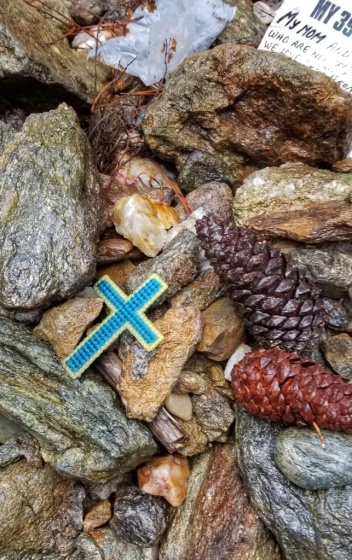 Slowly but surely we picked our way along until finally we could see the last tree tops and we reached the top. But what goes up… meant it was time to go down.  The descent was accompanied by blue skies and sunlight and that made such a difference. They say on a Clear Day you can see the ocean from here … Not for us but nonetheless the views were fabulous.

Just as on the way up, we also found water pouring down the path on the decent.  Slowly, slowly we picked our way down until the path levelled and the ground became more even and sandy.  We walked by the fringes of villages and spent a few moments watching late lambs bounce around the fields.

There were still no bars.  I had been dreaming of a hot chocolate but it never happened.  We did however reach a section of road so thick with mud that it resembled hot chocolate which felt like a cruel trick.  But alas no bars.  Instead we rolled into town and found Alburgue Constantine at the entrance.

We had to call to say we arrived and 5 minutes later a lovely lady let us in.  We have a room each… Mine is huge!  She waited for us to change into clean clothes, then took our dirty laundry to be washed and then drove us back to her restaurant where she fed us mouth-watering roast chicken.  After lunch/dinner she dropped us at a mini market for supplies before driving us back to the alburgue!  Seriously how fabulous is that! Also bizarrely the mini market was behind a tiny bar and in the bar were two chaps deep in conversation.  I recognised the accent as they were Devon boys! How odd to arrive in the middle of nowhere and meet someone from South Molton… He has a holiday home here and  I would have chatted longer but our lift was waiting patiently for us outside.

For a short day we still managed 20.5km.  Sheila has retired to her bed after taking a long soak in a great big bath.  I am going to have a shower, collect my laundry, make another cup of tea and have an early night myself.

Regardless of the grey skies it was a beautiful walk today.  Its good to be back in the hills.  I can hear more heavy rain outside so I’m glad we did the alto today.  Sun is forecast for the weekend! Yeah! 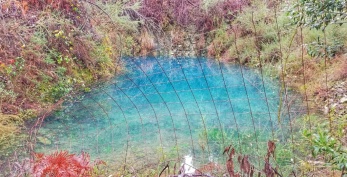 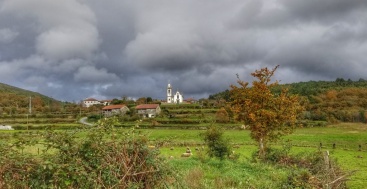 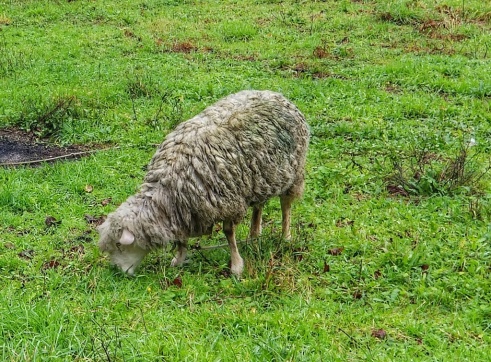 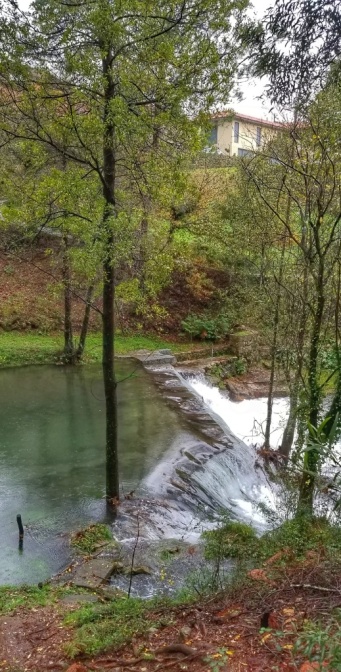