Oh, my friend, it’s not what they take away from you that counts. It’s what you do with what you have left.

One great thing about a life of positivity is that it comes with no regrets. So what is stopping you from giving it an honest try?  For every minute you are angry, you lose sixty seconds of happiness.

Life is not happening to you.  Life is responding to you.

Our albergue last night was a real gem, Palacio de los Lastas in Torremejia.  After completing our chores and having a little wander the usual pilgrims gathered for dinner.  Before dinner Maggie insisted I recreate our Monty Python moment from earlier… much to the amusement of the Dutch… obviously fans themselves.  (You can see the video on my facebook page… i don’t seem to be able to load it here.

Dinner was excellent and perhaps the last evening like this … as tomorrow everything changes. 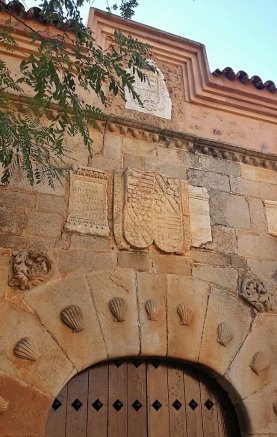 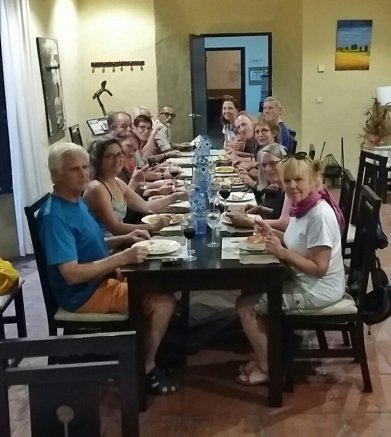 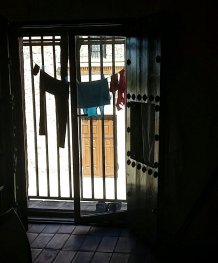 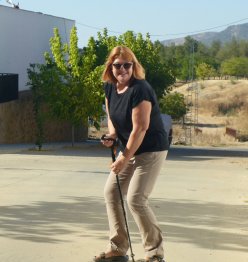 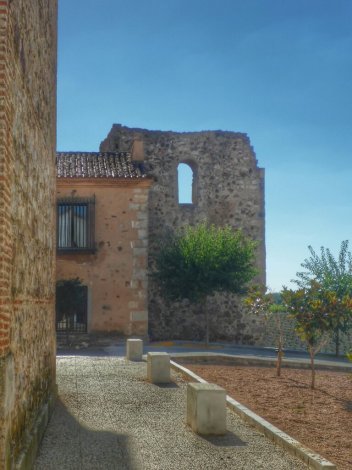 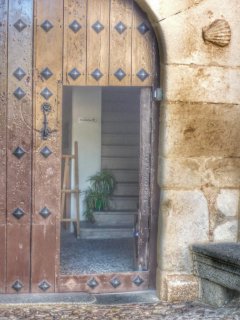 Tomorrow is Merida and some pilgrims are stopping and some resting and some moving on… and also new pilgrims will be joining the Via de la Plata from the Mozarabe route.  And in addition to this, and much more relevant to us, last night our trio became a duo.  After 9 days of tension, Maggie and I decided that our path is perhaps too different from that of Branden ‘s and that we should go our separate ways.

So after breakfast we stepped out as a duo and I think I could feel the stress wash away into the Spanish dust and my footsteps felt lighter for it.

P.s. we aren’t totally heartless… we know that Branden was walking with Peter from Estonia (who seriously looks like a Russian weight lifter… but seems a lovely guy)… so she is safe and in good company.  Buen Camino pilgrim and I really hope that you find the strength and courage to let go and live for the here and now.

We left as usual around 7:30.  The sky was grey but not dark and the air is fresh.  Francesco was ahead with his carrier bag still in his hand.  We walked out of town along the side of a road.  No vines today… just tarmac.

About halfway we stopped for a sock break.  We’re both in a fairly reflective mood and maybe we just want to melt away our worries and leave them behind on the road.  Our Dutch friends greet us as we wiggle our toes and munch on the cakes left for us at breakfast.

We kept hearing terrible squeals coming from the building on our left and we both really hoped that we weren’t resting beside the local abattoir.

Shoes back on we headed off on the path to Merida.  Simple things bring considerable joy to pilgrims and for us today it was leaving the baked paths of the last few days and walking on soft mud.  We don’t know why it was damp but the soil stuck to our shoes and our feet loved it.

We passed a small vineyard and the grape pickers sang and cheered and waved as we walked by… we waved back and shouted Buenos Dias to them all.  We later learned from the Dutch pilgrims that they were trying to give us grapes… we assumed they were just jolly so we waved and smiled and walked on… our loss as the grapes apparently were fat sweet and juicy.

Moving closer to Merida we walked through derelict buildings… they offered shade from the hot sun and whilst not beautiful open vistas, they did offer us a change of scenery.

And then we were in Merida.  There is a huge river and  green green grass that had just been cut… it was a bit of sensory overload soaking it all in.  We ambled along beside the river and waved at other pilgrims and a senora who was having her hair washed outside her front door. It was a good scene and a good walk.

Merida was founded in 25BC and is packed full of history… especially Roman.  We’re going to take a rest day here tomorrow and explore the city… I even spotted a little tourist train so I’m a very happy girl!

We’re booked into Hostel El Torero along with a few others from our group.  It’s a little basic and not as nice as elsewhere but it’s a bed and reasonably clean… and it’s a room for two… so I’m not complaining.

We ambled into Plaza Espagna for some lunch and to get our bearings.  We sat pilgrim spotting for an hour… we reckon we saw at least half a dozen that we’d not met.  And we bumped into Aussie/Scot Brendon and another pilgrim from Texas. .. who sounded so like our two fabulous Texan girlfriends from the Camino Frances that I yearned to be back with them… Maggie agreed.

So bought ice cream from a cart in the shadow of the alcazara walls and ambled back across the enormously long Roman bridge to our hostel.

Change is good… tomorrow is another day. 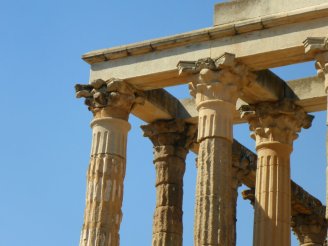 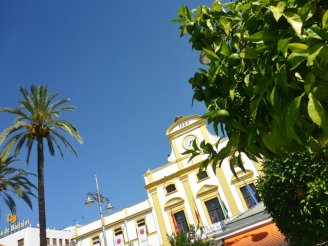 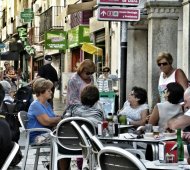 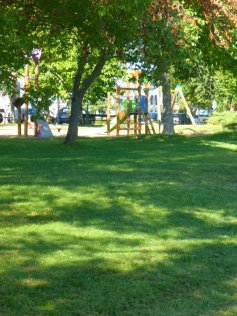 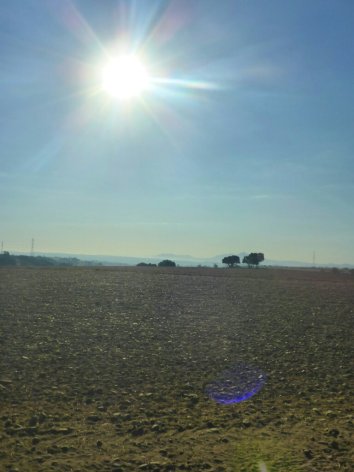 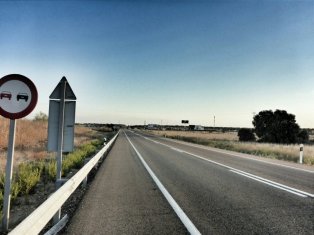 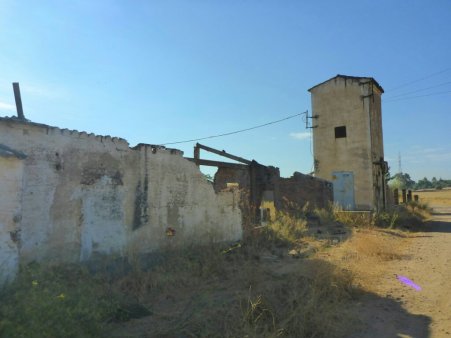 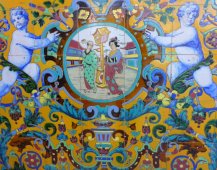 One thought on “12. Changing of the Guard”