My grandmother started walking five miles a day when she was sixty. She’s ninety-seven now, and we don’t know where the heck she is.

(thanks to my brother in law Jeff for the above)

Last night we never really moved far from our hotel.  I had a single room and the girls shared a double.

We met Hannah from Germany  in the bar and talked a little about Brexit… but that result makes me sad so it’s maybe best to avoid the subject… although Hannah did say that at the moment the German media makes lots of jokes about the result… I guess at least they’re laughing?

After a cold drink we moved to the restaurant for dinner.  We were joined by our friends from Belgium, the Dutch trekkers we first met on the outskirts of Sevilla and another couple who live in Holland but the husband is French… he sounds totally not French and 100% Dutch… no matter as they are all very nice.

We ate standard pilgrim fare… salad, pork and flan… and then went to bed.

I was tired but just could not sleep.  I decided I need to stay in the albergues. Our little group books ahead to private hostels and I think I’m missing a little of the spontaneity of arriving and just choosing a bed.  There really aren’t that many pilgrims on the road and so far the towns are big with plenty of accommodation… it would be good to throw caution to the wind.  My little room, whilst very lovely, was kind of sterile… and seriously lacking pilgrims.

I woke before my alarm.  I considered staying in bed but decided to get up.  We met at 7.00 for breakfast in town… a little bar on the main road… on the camino which is always a bonus.  Coffee, toast and bathrooms… what more could a pilgrim need.

As we left town there was a hulla balloo from the field… pigs were awake… maybe being fed?  I’m glad I’m not being woken by them every morning.

Our walk this morning reminded me a little of Dartmoor.  Granite rock littering the fields, and a little stream running through green grass.  That’s the first time in a while we’ve heard running water.

There was a glut of farm animals for us today… we could hear them before we saw them.  Pigs, cows, sheep, horses and donkeys… oinking and mooing and baaing and breying for us in a bizarre dawn chorus.  What a great morning to be walking.

We watched another sunrise and I hummed to myself… just another camino sunrise… not quite the Eagles lyrics but it works.  This lead me to A Peaceful Easy Feeling… which suited my mood just right. 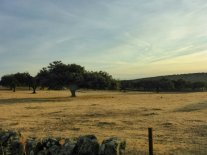 After a while we pulled up short as a male pig was blocking the path.  He’d obviously found himself on the wrong side of the fence and was none too happy.  We tried to walk past but he would run backwards too… further and further from the farm.  We stopped and so did he.  We shouted to the farmer… Senor.. Senor.. your pig is here.  The dogs heard us and ran to the fence barking  fiercely.  Senor didn’t seem to be bothered about the pig… and the pig seemed to be deep in conversation with a horse, so we snuck past and left them to their business.

On we walked and the landscape changed and soon we were in another world.

Gone are the oaks and olives and in their place we have wide wide vista’s and the scorched plains that just a few months ago would have been lush and green with crops.

It’s hot… again.   We stop about half way for a brunch break and consider the long path ahead.  Molly and Bruce joined the party and we set off… and before long we break rank and drift off into our own thoughts and walking apart.

Gone are the animals.. instead I see the occasional busy bee or ant… even the grass hoppers seemed too hot to hop.  In every direction on the distant horizons I can see hills… the path is littered with granite and slate and the soil is red… are we walking in some kind of giant crater?

We stop on a bench still a few kilometres out of town.  It’s hot… did I say that already.  I’m now humming Desperado.. I’ve been in an Eagles frame of mind today.  The vastness makes me feel rather small and alone and  yearning for home. There is a little tiled sign… 889 kms to Santiago… just over a Frances to go.

As I sat on the bench, across the lane by an old barn was a large piece of black plastic  flapping in the breeze.  Beside it was a dog… lying still but watching it just as I was.  Suddenly up in the air it flew.  It danced and twisted and floated above us all… and the dog jumped up and barked.  And still the little sheet danced… I was born to dance she called… I need to dance… and the dog barked in agreement.  And just as suddenly as she flew… she floated back to earth and settled in almost the same spot.  I walked on but I imagine her there still, waiting for the next breeze to come along to let her dance again.

We arrived in town and a man drove past and offered us a room for 3… 12 euros each including breakfast.  There’s a pool he said… where do we sign I said… and so here we are, resting hot tired feet in pilgrim paradise, complete with pool.

I’m in a melancholic mood and my feet hurt… I’ve never had foot pain before so I’m not really sure what action to take… so for now I’m resting and waiting for dinner. 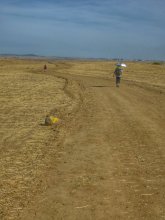 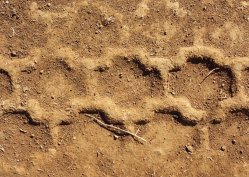 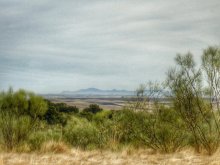 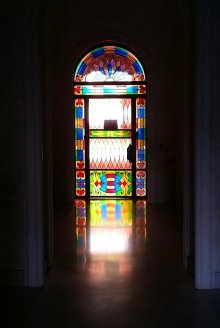